90 Minutes of the Fever
A Meditation
A Scream That’s Trapped Inside
Anastasia
Arg Stairs
Chatsworth
From Ashes to Immortality
Full Circle
Holly’s Girl
Hope
I Cherish Women
Immersion
Joya Mia
Letters
Mismatch and Lighter
Mouse Mess
One More
Rebirth
See How Easy That Was?
See Yourself Out
Some Bunny’s Story
Sound of the Future: Haiti
Stay
The Faceless Man
The Pooka
Tirachinas (Slingshot)
Transmission
Us.

(Films are in alphabetical order.)

90 Minutes of the Fever

102 mins
A family trapped in a house, airing all their long held secrets as the end of the world approaches.

16 mins
A man who is a little lost finds himself connecting with a surprising woman who shows up to buy the DVR he is selling on Craigslist.
Director: Joe Petricca
Writer(s): Joe Petricca
Producer(s): Maggie Biggar, Brian Mancini
Key Cast: Harold Perrineau 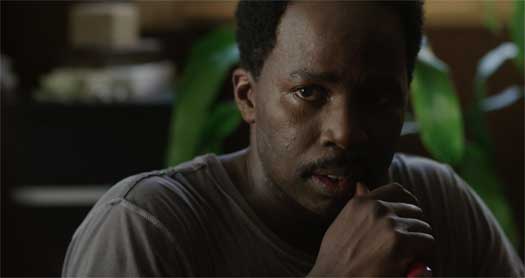 A Scream That’s Trapped Inside

15 mins
Mara comes back home from her boyfriend’s funeral to experience a mind game full of guilt. Jake, her boyfriend, prepared a scavenger game and placed some notes around the house that lead to an anniversary present.

5 mins
When Studying on her own fails her she goes to Lucy for help, and begins to learn English and also makes a new friend.

100 mins
A comedy adventure about a resourceful cavemen who conceives one of the most over looked creations in human history, the stairs.

19 mins
Deep in the San Fernando Valley, 3,000 miles away from the bright lights of Broadway, Foster is struggling to finish writing his latest musical. Danica works for her abusive movie producer boyfriend, who she wants to break away from and pursue her dream of being a real movie star. With a little help from their “friends”, they just might make it. 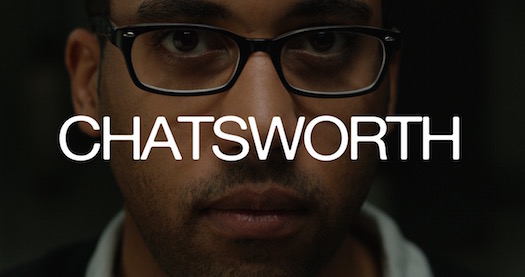 From Ashes to Immortality

23 mins
Synopsis: A dark, human story about an innocent girl, a disturbed father, a troubled neighbor, and a tale of magic.

4 mins
My film is about a boy named Pablo, who is riding a subway train to school with his homework that was due that day. When he gets off the train, he realizes he left his homework on the train. He watches the train door close in his face and the train takes off. My film shows the homework’s journey around the city and how it makes its way back to the classroom unbeknownst to Pablo.

9 mins
Holly’s Girl is about breaking down the stereotypical image of an eating disorder and exposing the real story. The story of the other being who takes control over our lives and breaks us down until we feel worthless. This is the reality. The reality that I and many other women know all too well.

4 mins
Thirty artists and activists unite to deliver a bold statement to “defend human rights and right human wrongs in the Trump era.” 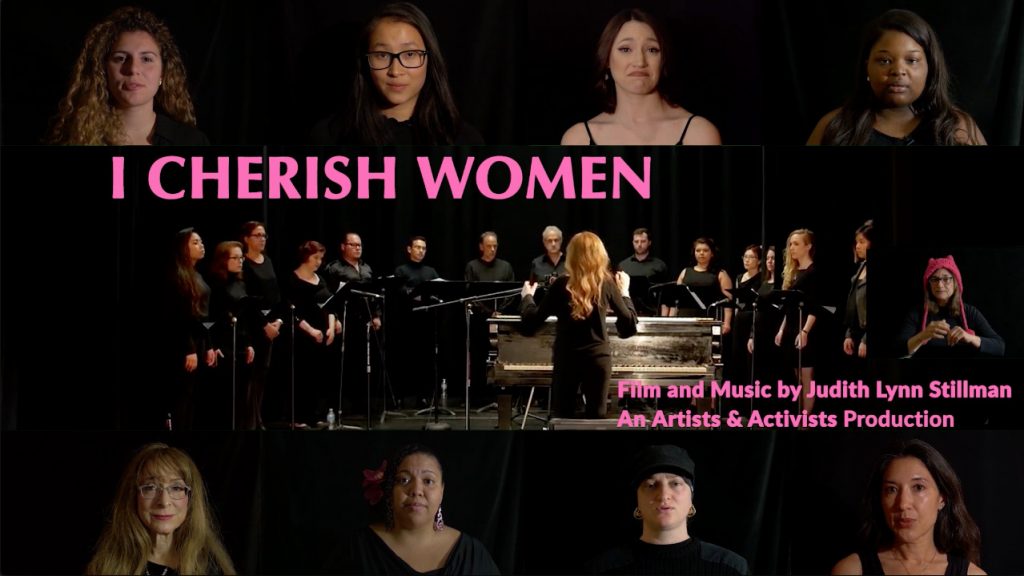 7 mins
A man mysteriously finds himself in a room with a couple dead guys, a gun, some money, and a dubious gentleman observing from the shadows. 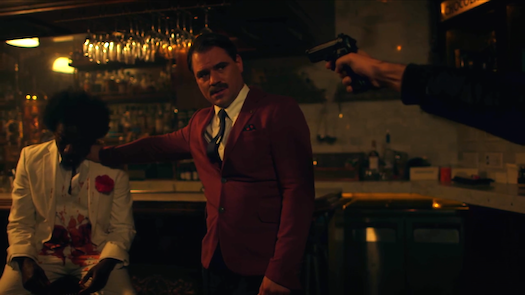 6 mins
Julia grows up with a fierce bond with her grandfather, and as she gets older, so does he – and his memory is disappearing. One day he sees Julia as a complete stranger, and that devastates her, and must learn how to cope the best way she can.

13 mins
Bereavement is something that is inevitable. However, the mental illness that may arise from it seems to be an unspoken issue in our society. How do we deal with it?

17 mins
A quirky therapist takes it upon herself to play matchmaker to all her unsuspecting clients. 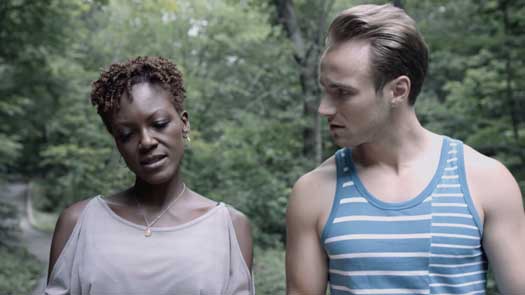 7 mins
A woman has to rise to the challenge of dealing with a stranger in her midst.

8 mins
Moving into college is a big step for both a single mother and her only child. 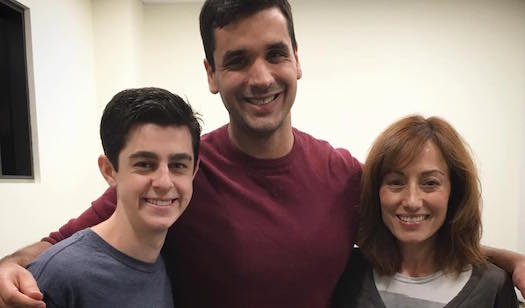 12 mins
A young woman gets her beauty and vanity taken by a masked figure.

See How Easy That Was?

8 mins
A distressed young man is startled when he finds a hobo in an alley. 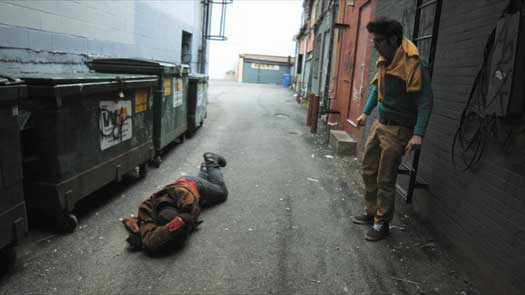 22 mins
When unforeseen circumstances throw Wallace and Reggie into each other’s orbit, they discover that they share an unhealthy common ground. 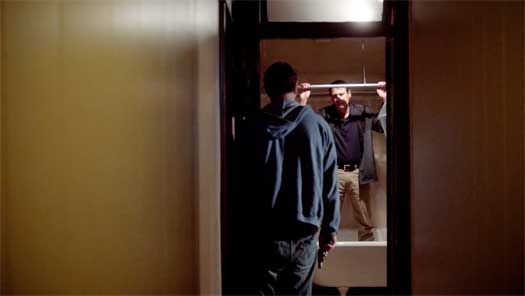 4 mins
When a young girl receives a toy bunny, it becomes more precious to her than she ever imagined. 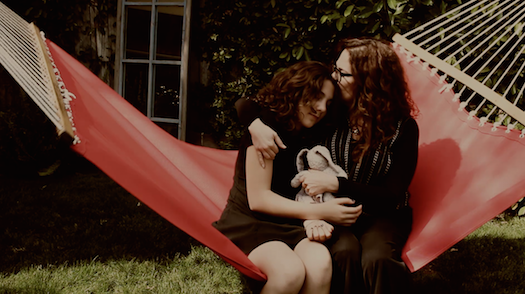 Sound of the Future: Haiti

19 mins
This film follows the story of the most well known modern Haitian musician, Michael Brun, as he takes it upon himself to show his fellow countrymen that Haiti is worth fighting for. 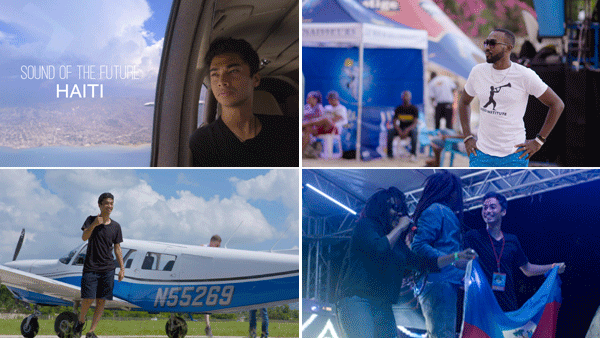 93 mins
Can a good man do terrible things? A man holds a woman captive in hopes that in time she will fall in love with him.

13 mins
An offbeat fable about a disillusioned man who discovers his face has transformed into a mirror and must venture out into the world to reclaim his identity.

15 mins
In a desperate attempt to aid a lost soul, a benevolent oversized rabbit must find a way to rekindle a forgotten spark.

17 mins
It’s 4th of July in rural Western America. A rock fired by Valery’s slingshot unfolds an avalanche of emotions.

18 mins
Welcome To Britannia. Together We Stand Alone.